Messiah: Man, God or Both?

It is commonly thought that the crux of the division between Jews and Christians is whether or not the Messiah has come: while Christians believe that He has already appeared in the person of Jesus of Nazareth, Jews (or at least those who still believe in the concept of the Messiah) are still expecting him to come in the future.  But although this difference is real and considerable, it is not really the center of the matter. THE greatest point of contention between traditional Judaism and Christianity is, rather, the Messiah's very nature. Is the promised Messiah of Israel to be a mere man, albeit endowed with special powers, but nonetheless merely human, or is the Messiah no less than God Himself who has deigned to take on human nature and become one of us?

In another article we have examined the Messianic prophecies in light of rabbinical writings to determine the identity of the Messiah of Israel, the time and place of his coming, and the circumstances surrounding his life and death. In this article we will focus on the very nature of the Messiah. Is he man, God, or both? 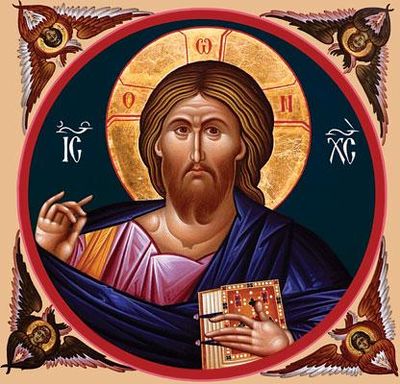 The idea that God, the Creator of the universe, so passionately loves us that he deigned to humble Himself to the point of taking on our frail humanity - living, suffering, and dying with and for us - is an astounding one. This idea has always been a tremendous stumbling block particularly for Jews and Muslims, in the way of them accepting the claims of the Christian faith.

It is particularly emphasized within mainstream Judaism that under no circumstance can God be portrayed as a man. Every morning, Jews pray in the synagogue: "[God] has no semblance of a body nor is He corporeal." And the third of Maimonides' 13 Principles of Faith tells us: "I believe with complete faith that the Creator, Blessed is His Name, is not physical and is not affected by physical phenomena, and that there is no comparison whatsoever to Him."  Muslims would agree: The Koran tells us that "Jesus son of Mary, was no more than God's apostle and His Word which He cast to Mary... God is but one God. God forbid that He should have a son!" (4:171).

Yet this difficulty is by no means limited to Jews and Muslims. Even many Christians in the past and present have had and are still having great difficulties in accepting the fact that Jesus is God. No wonder: The divinity of the Messiah, along with the concept of the Trinity, has always been the deepest and most unfathomable mystery of the economy of salvation and of God's relationship with man. This is so shocking that many, including some who call themselves believers in Jesus, sometimes assert that the concepts of the Incarnation and Trinity do not stem from divine revelation but rather are deviations from the sacred texts that find their roots in ancient pagan mythical religions.

The goal of this article will be to examine this claim and to determine whether or not belief in the divinity of the Messiah was prevalent in the early Church, and whether it can be defended from the Sacred Scriptures. We will proceed in reverse chronological order: In the first part, we will examine a number of selected patristic writings to determine what the first Christians believed about the identity of Jesus. In the second part, we will consider whether these beliefs can be justified from the New Testament by examining Jesus' own claims about himself and the claims of the other NT authors about him. In the third part, we will consider whether those claims are "Christian innovations" derived from paganism that contradict the Hebrew Scriptures and the Jewish concept of the Messiah, as is sometimes claimed, or whether they are, in fact, in continuity with the Old Testament and with Second Temple and later Judaism.

It should be noted that we shall not try here to explain the rationale for the Incarnation, or "why God became man," but only to demonstrate the sources of this belief in the Patristic writings and in Scripture.