Details
Written by Catholics for Israel
Category: Israel and the Church
Created: 16 October 2007

Why the need for an apostolate of Catholics for Israel?

What are some of the current challenges and problems in the Church and in the world that Catholics for Israel hopes to address?

Historical Background: Israel and the Messiah

The story of the Bible is primarily the story of a people: the people of Israel, otherwise known as the Jewish people. It is a truly astonishing fact that this people survives to our own day, after journeying through most of its nearly 4,000 year-old history either under foreign domination or in exile from its homeland. 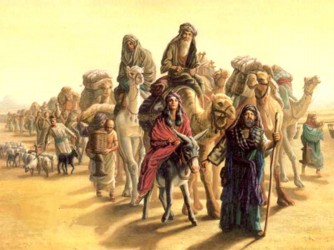 We read in the book of Genesis about the stories of Israel's founding fathers in the land of Canaan and about how God gave this same land as an everlasting possession to them and their offspring (Gen 13:14-17, 17:7-8, 26:3, 35:12). In the opening chapters of the book of Exodus, we see them become a great nation while laboring under Egyptian slavery until God miraculously delivers them and adopts them as His chosen people by means of a solemn covenant and the giving of the Torah. Some forty years later, we witness God leading His people back to the land of Canaan in accordance to His promises to the patriarchs. From there, over the course of several centuries, they slowly rise from a group of disorganized clans into a powerful but short-lived kingdom under David and Solomon, only to suffer division, decline, destruction and be exiled to Babylon. The return to Zion after seventy years and reestablishment of Jewish religious life in the homeland is again portrayed in the Bible as a witness to divine faithfulness, while at the same time preparing the scene for Israel's ultimate raison d'être: the coming of the Messiah, the One who was to bring God's light and salvation to the ends of the earth and through whom all nations would come to know the God of Israel.

The Eternal Word and Son of God became flesh - and He was a Jew: Son of Abraham, Son of Israel, and Son of David. Initially, Jesus' mission was almost entirely directed to His own people, the "lost sheep of the house of Israel," in great respect and complete continuity with the Judaism of His day, and with the explicit declaration that he had not come to abolish the Law and prophets but rather to fulfill them (Mat 5:17). It was only after Jesus' sacrificial death, resurrection and ascension that it became clear to His followers that He had not only come for the Jews but also for the Gentiles (Acts 10), who through the Messiah were now invited to be "grafted into" the olive tree of Israel (Rom 11:19-24) and partake of the universal salvation that God had promised long ago through the prophets.

Jews and Gentiles Reconciled in the Church?

The Epistle to the Ephesians describes a kind of theological blueprint of what the Messiah was to accomplish between Jews and Gentiles: whereas the Jews had previously been effectively isolated from the rest of the nations due to their special consecration to God, now the Messiah, "our peace" had come to "make both one, and broken down the middle wall of separation... so as to create in Himself one new man from the two, thus making peace, and that He might reconcile them both to God... thereby putting to death the enmity" so that we may "both have access by one Spirit to the Father" (Eph 2:14-18). The picture portrayed here is idyllic: Jews and Gentiles finally reconciled, united in the Messiah of Israel in the common worship of God the Father, and yet with each one retaining their distinct identity and calling.

How was this fraternal coexistence between Jews and Gentiles within the Church to work? The original Church was entirely Jewish. As Gentiles began to stream into the Church, Jewish-Christians inevitably raised an important question: should Gentiles be circumcised, and should they keep the Torah of Moses in order to be saved (Acts 15:1-5)? The apostles and leaders of the Church in Jerusalem answered with an emphatic no: Gentiles, like Jews, were justified and saved by faith in Christ and not through observance of the Law (Acts 15:6-11, Gal 2:16,21); they were therefore under no obligation to be circumcised and to keep the Law of Moses (Acts 15:18-21). This was in fact strongly discouraged: The apostle Paul forcefully exhorted the Gentile Christians in Galatia who were tempted to be circumcised: "if you become circumcised, Christ will profit you nothing" (Gal 5:2).

On the other hand, Jewish Christians did not cease to be Jews. It would never have crossed the mind of the apostles and of the early Jewish-Christians that by accepting Christ they were forsaking Judaism and their observance of the Torah and joining a new religion. Paul, while travelling in Greece, had his co-worker Timothy, son of a Jewish mother and Greek father, circumcised (Acts 16:3). And upon his return to Jerusalem, Paul was greeted by James and the elders who enthusiastically informed him that "many myriads of Jews... have believed, and they are all zealous for the law" (Acts 21:20). However, rumors were spreading that Paul was teaching Jews "to forsake Moses, saying that they ought not to circumcise their children nor to walk according to the customs" (21:21). He therefore agreed to take a vow in the Temple to prove these rumors false and to show that he also still lived in full accordance with the law (21:24).

The problem with this idyllic portrait of Jew and Gentile reconciled in the Church, united in faith yet maintaining their distinct vocations, is that it never became the norm in the universal Church. Although the union of Jew and Gentile in the common worship of the God of Israel is theologically fulfilled in Christ and has been seen on a small scale many times since the birth of Christianity to our own day, we have not yet seen the kind of large-scale reconciliation which Paul described to the Ephesians. Quite on the contrary, Judaism and Christianity soon became two separate religions, divorced from one another and often in a state of hostility and enmity with one another.

How did this happen? The problem began when the Jewish leaders and the majority of Jews rejected their Messiah and began to persecute the nascent Church. This created a split within Judaism itself by the turn of the second century, when those Jews who accepted Jesus were expelled from the synagogues and were no longer accepted among the Jewish fold. At the same time, with the large-scale influx of pagan converts into the Church, Jewish Christians became a minority and within a few centuries nearly disappeared. The Church founded by the Jewish Messiah which had been intended to be the fulfillment of Judaism became predominantly composed of Gentiles, many of whom had little or no appreciation for the people from whom Christ had come.

The Church Fathers, almost all of them stemming from pagan backgrounds and spurred by the Jews' rejection of Jesus and their persecution of the early Church, soon began a theological and polemical offensive against Judaism as they set out to establish the theological foundations of the Christian faith. Since a majority of Jews had rejected Jesus, Judaism could no longer be regarded as the mother faith but rather was seen as a rival religion. Delegitimizing the validity of post-Christic Judaism thus became an integral part of arguing for the truth of Christianity. This was accomplished by emphasizing several recurring themes:

As a consequence of this theology, the situation described in the New Testament where Jewish Christians did not cease to be Jews was soon forgotten. Jews who came to faith in Christ were eventually compelled to explicitly renounce their Jewish heritage, customs and traditions. This policy of assimilation accentuated the feeling among Jews that to embrace Christianity was no less than a complete betrayal and rejection of their Jewish past. Needless to say, it also resulted in the substantial failure of the Church's mission of leading the Jews to Christ.

The anti-Judaic theology of the Fathers soon turned into anti-Judaic legislation and discrimination, which in turn deteriorated into a vicious Christian anti-Semitism that endured for the larger part of Christian history and caused untold suffering to the Jewish people: forced baptisms, acts of violence and persecution, crusades, blood libels, the Inquisition, expulsions, ghettos, pogroms, and death sentences periodically marked the lives of Jews living in Christian countries until relatively recently. 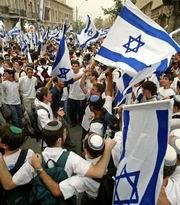 In the past century, three decisive events have had an irreversible impact on Jewish-Christian relations. The first began quietly in the late 19th century and gradually became one of the most remarkable events of human history. This was the rise of Zionism, the movement supporting the return of the Jewish people to the land of Israel. The second event, relatively brief but of unspeakable horror, precipitated the first and made its culmination possible. This was the Nazi Holocaust. The decimation of European Jewry, which shocked the conscience of the world, indirectly led to a miraculous resurrection 3 years later: the establishment of the modern State of Israel, followed in 1967 by the return of Jerusalem under full Jewish sovereignty for the first time in over 2,000 years. Many saw in these momentous events another testimony to the faithfulness of God's word, who long ago promised through prophets such as Jeremiah and Ezekiel that He would return the children of Israel to the land that He had promised to their forefathers. Whether one agrees with this interpretation of Scripture or not, the Holocaust and the rebirth of Israel inevitably forced the Christian world to rethink its theological position toward Judaism and the Jewish people. Since then, and especially following the Second Vatican Council, Jewish-Christian relations have immensely improved.

The third remarkable event of the twentieth century has been the rebirth of the Jewish-Christian (or Messianic Jewish) movement. For the first time since the first century of the Church, a large community of Jewish believers in Jesus has arisen both in Israel and in the nations. This movement has experienced significant growth, especially since the reunification of Jerusalem in 1967, and it now constitutes a presence in Israel that must be reckoned with.

The Holocaust, the renewed existence of a Jewish state in the land of Israel and the rise of the Messianic Jewish movement have created significant new challenges to the Church of the twentieth and twenty-first centuries. Catholics for Israel hopes to be a forum where these problems and challenges can be discussed and addressed.

What are some of the problems that are of particular relevance today?

See also: What do we mean by "Catholics for Israel"?