On Jerusalem as the Eternal Capital of Israel

Catholics for Israel welcomes and applauds the decision of US President Donald Trump to recognize Jerusalem as the capital of Israel and to relocate the American Embassy there. 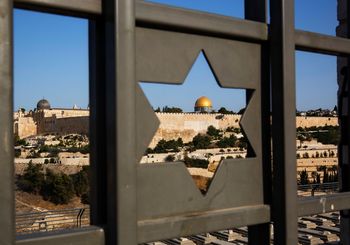 When the Jewish people were exiled to Babylonia, they fondly remembered Zion and longed to return home (Ps 137:1), confident that God would fulfill the words of the prophets announcing Israel’s future restoration (Ezek 36-37). Faithful to His promises, God raised up secular rulers such as Cyrus of Persia who prompted the Jews to return to Jerusalem and rebuild the Temple (Ezra 1:1-4).

Even after the exile, new prophecies anticipated a day when God would return to dwell in Jerusalem among his newly restored people:

I will return to Zion, and will dwell in the midst of Jerusalem, and Jerusalem shall be called the faithful city, and the mountain of the Lord of hosts, the holy mountain… Behold, I will save my people from the east country and from the west country; and I will bring them to dwell in the midst of Jerusalem; and they shall be my people and I will be their God, in faithfulness and in righteousness. (Zech 8:3-8).

Jesus loved Jerusalem. He wept over the city, grieving over its impending destruction at the hands of the Romans (Luke 19:37-44). He anticipated that Jerusalem would “be trodden down by the gentiles”—but only until “the time of the gentiles are fulfilled” (Luke 21:24)—implying that a day would come when Jewish sovereignty would be reestablished over the Holy City.

The holiness of Jerusalem for the Jewish people is undeniable. The city is mentioned over 900 times in the Bible—but not once in the Quran. During their long years of exile, the Jews always longed to return home. And yet a Jewish remnant always lived in Jerusalem through all periods of history. Zionism is thus not a modern phenomenon, but is deeply rooted in Sacred Scripture and manifest in history. Indeed, since God is the One who chose and established Zion as His dwelling place, it is not an exaggeration to say that God Himself is a Zionist.

The Biblical vision of Zionism, of course, does not imply a narrow, exclusive nationalism. Although God entrusted Jerusalem to the house of Jacob, He also calls the city to become a universal source of blessings and peace to all nations (Isa 2:1-5).

When Israel was founded as a modern state, it naturally declared Jerusalem to be its “Eternal Capital.” Since the reunification of the city in 1967, all its inhabitants have enjoyed freedom of religion under Israeli sovereignty. Every country has the right to choose its own capital, and Israel is no exception. In recognizing Jerusalem as the capital of Israel, President Trump has merely acknowledged a self-evident fact.

Unfortunately, many nations of the world have chosen to deny this reality and instead have risen up in uproar against it—not unlike the arrogant kings who vainly attempt to oppose the Lord’s plans and purposes in the Bible (Ps 2).

The prophet Zechariah announces that despite its calling to be a worldwide blessing, Zion will be a source of controversy and conflict among the nations who oppose God’s purposes: Jerusalem will become “a cup of reeling to all the peoples round about” and “a heavy stone for all the peoples,” so that “all who lift it shall grievously hurt themselves. And all the nations of the earth will come together against it” (Zech 12:2-3).

But the nations who oppose God’s plans for Jerusalem court disaster. Zechariah prophecies that the Lord will grant victory to the tents of Judah and house of David, and that their enemies will meet a dire end:

On that day the Lord will put a shield about the inhabitants of Jerusalem so that the feeblest among them on that day shall be like David, and the house of David shall be like God, like the angel of the Lord, at their head. And on that day I will seek to destroy all the nations that come against Jerusalem. (Zech 12:8-9)

We call upon all people of good will to recognize Jerusalem as the eternal capital of Israel. We invite Israel’s Arab and Muslim neighbors to abandon their self-destructive hatred of the Jewish State, and to recognize that a Jewish Jerusalem is called to be a blessing for them as well.

We also call upon the heads of the churches in the Holy Land in the Middle East to reject all forms of Marcionism that would dissociate the Christian faith from its Hebrew and Jewish roots. We invite them to reject the politicization of the Christian faith that has so weakened the mission of the Church in the Middle East. We invite them, together with all Christians, to embrace a biblical vision of Zionism that rightly acknowledges and celebrates Jerusalem as the eternal capital of Israel and of the Jewish people, and to pray that Zion will soon fulfill its divine calling to become a source of blessings for the entire world.