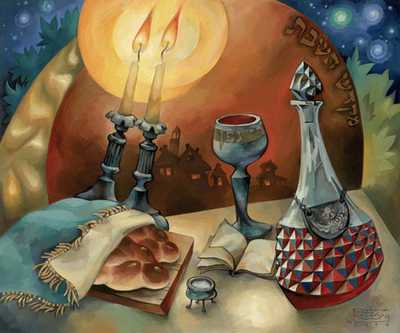 (1) Kashrut is based on two fundamental ideas:

Now, the first principle is a very Christian principle. The Gnostics denied it. The Docetists denied it and, claiming that the acts of the mortal body have no importance for the immortal soul, allowed themselves to do all kinds of terrible things. The second principle is also a very Christian principle. Indeed, it is the incarnational principle itself: G-d became man, the Anti-Christ becomes man etc. The incarnational principle is a very, very Jewish principle. It's no wonder that the theology of the Incarnation emerged out of Judaism. Kashrut is a close cousin to the ultimate declaration of the intimate relationship between body and spirit affirmed by the doctrine of the Incarnation. The reason to keep kashrut is intensified rather than suspended by faith in the Incarnation. And we should not be surprised, because Christ came to deepen, intensify and, in that way, perfect Jewish observance. It's because he made it so intense that the sinner could recognize its value and repent. The Church rejected kashrut for the reasons given at the Council of Jerusalem. But those "burdens" are only burdens for those to whom they are not fitting. That was not a principled rejection of kashrut even for the Gentile. The reason that is given is pastoral, not doctrinal.

(2) Kashrut observance is based on a religious sensibility that is familiar to Catholicism: the religious sensibility that cherishes the relics of a saint. The flesh of a violent animal (such as a lion) is unkosher because it is a relic of violence, and we don't want to unite ourselves with such a relic by eating.The spirit of violence separates us from G-d. The flesh of a gentle animal (such as a lamb) is kosher because it is a relic of gentleness, and gentleness is consistent with being close to G-d. Just as you would not kiss the relic of a pirate, you would not eat the relic of a lion. Just as would not kiss the relic of an impure person, you would not eat the relic of an animal that represents an impure spirit, such as a snake. G-d knows the spirits of the animals, so G-d instructs us in the Torah which animals to eat and which to avoid.

(3) The Catholic Jew keeps kosher with the special intention of deepening his belief in the Incarnation and in the Eucharist. For his observance of kashrut reaffirms his awareness of the mysterious way that spirits descend into bodies, how bodies contain spirits. His "kashrut mentality" supports his faith in the Incarnation and in the Real Presence in the consecrated Host. He is aware of eating as a way of taking a spirit into himself. He consumes the consecrated host knowing how to eat (or not to eat) according to the spirit contained in what he puts into his mouth.