In Gaza, the Vatican Raises the White Flag

In Gaza, the Vatican Raises the White Flag

Hamas denies Israel's right to exist. But for pontifical diplomacy, the Jewish state is wrong to defend itself with force. The custodian of the Holy Land reveals the thinking behind the Church's policy in the Middle East

ROME – During the days of the Christmas celebrations, Benedict XVI spoke out repeatedly against the war centered on Gaza.

But his words have fallen on deaf ears. Failure isn't new to the authorities of the Holy See, every time they address the question of Israel.

In more than three years of pontificate, Benedict XVI has introduced innovations in relations between the two faiths, Christian and Jewish. These innovations have come at the risk of misunderstanding and opposition, both among Catholics and among Jews.

But in the meantime, little or nothing seems to have changed in Vatican policy toward Israel.

The only change – and it's a marginal one – is in tone. Until a couple of years ago, with Cardinal Angelo Sodano as secretary of state and Mario Agnes as director of "L'Osservatore Romano," the criticism of Israel was incessant, heavy-handed, sometimes shameless. Not any more. With Cardinal Tarcisio Bertone, the secretariat of state has softened its tone, and under the direction of Giovanni Maria Vian, "L'Osservatore Romano" has stopped launching invective and has made more room for religious and cultural debate. 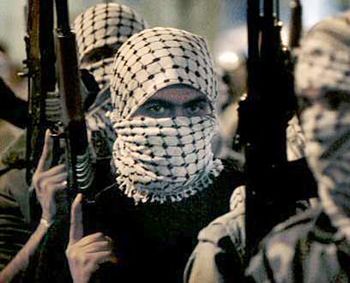 But the general policy has remained the same. Of course, the authorities of the Catholic Church do not defend the existence of Israel – which its enemies want to annihilate, and is ultimately at stake in the conflict – with the same explicit, powerful determination with which they raise their voices in defense of the "nonnegotiable" principles concerning human life.

This has been seen in recent days. The authorities of the Church, and Benedict XVI himself, have raised their voices in condemnation of "the massive violence that has broken out in the Gaza Strip in response to other violence" only after Israel began bombing the installations of the terrorist movement Hamas in that territory. Not before. Not when Hamas was tightening its brutal grip on Gaza, massacring the Muslims faithful to president Abu Mazen, humiliating the tiny Christian communities, and launching rockets every day against the Israelis in the surrounding area.

About Hamas and its vaunted "mission" of wiping the Jewish state from the face of the earth, about Hamas as an outpost for Iran's expansionist aims in the Middle East, about Hamas as an ally of Hezbollah and Syria, the Vatican authorities have never raised the red alert. They have never shown that they see Hamas as a deadly danger to Israel and an obstacle to the birth of a Palestinian state, in addition to its being a nightmare for the Arab regimes in the area, from Egypt to Jordan to Saudi Arabia.

In the December 29-30 issue of "L'Osservatore Romano," a front-page commentary by Luca M. Possati, checked word by word by the Vatican secretariat of state, claimed that "for the Jewish state, the only possible idea of security must come through dialogue with all, even those who do not recognize it." Read: Hamas.

And in the same issue of the Vatican newspaper – in a statement also approved by the secretariat of state – the Latin patriarch of Jerusalem, Fouad Twal, after decrying Israel's "disproportionate" military reaction, reiterated the same concept: "We must have the humility to sit at the same table and listen to each other." Not a word about Hamas and its prejudicial refusal to accept the very existence of Israel.

But "L'Osservatore Romano" gave no emphasis to the statements made during that same period of time by the head of Germany's government, Angela Merkel, according to whom "it is the legitimate right of Israel to protect its civilian population and to defend its territory," and the responsibility for the Israeli attack on Gaza belongs "clearly and exclusively" to Hamas.

Affirming this, the German chancellor broke from the chorus of condemnation that came, right on cue, from many state departments – and from the Vatican – after Israel exercised its right of self-defense by force. In Italy, the expert in geopolitics who gave the greatest emphasis to Angela Merkel's position, in the newspaper "La Stampa," was Vittorio E. Parsi, a professor of international politics at the Catholic University of Milan and until a few months ago a leading commentator for "Avvenire," the newspaper of the Italian bishops' conference. In "Avvenire," Parsi had written two years ago, at the time of the war in Lebanon, an editorial entitled "Israel's reasons," in which he stated:

"The bitter reality is that, in the Middle East, Israel's presence is believed to be 'temporary', and the guarantee of the Jewish state's survival lies – as unpleasant as it may be to say this – in its military superiority."

The problem is that the "temporariness" of the state of Israel is an idea shared by a significant part of the Catholic Church. And it is this idea that influences Vatican policy on the Middle East, that traps it in outdated, ineffective options, and prevents it from grasping new developments, although they have become so evident in recent days. These include the extremely strong and increasing aversion to Hamas on the part of the main Arab regimes and even of the Palestinians in the Occupied Territories, objectively closer to the views of Israel than the Vatican is.

The concept of the "temporariness" of Israel, and its influence in the Catholic Church, is explored in a book-interview recently published in Italy, with the Custodian of the Holy Land, Franciscan Fr. Pierbattista Pizzaballa.

Fr. Pizzaballa, in office since 2004, is, together with the nuncio and the Latin patriarch of Jerusalem, one of the most authoritative representatives of the Catholic Church in Israel. And he is also the one who expresses himself most freely.

So, given that Christians are only 1 percent of the population in the Holy Land, and almost all of them are Palestinian, Fr. Pizzaballa recalls that "until a few decades ago, Christians were the leaders in the struggle for Arab resurgence" in Palestine, Lebanon, Syria. Today, they "no longer matter at all, politically, in the Israeli-Palestinian conflict," in which the Islamist elements have much more influence. But the Christians have maintained the "refusal to accept Israel" that persists in a large part of the Arab world.

One proof of this rejection, Pizzaballa adds, was the opposition to the fundamental agreements and to the exchange of diplomatic representatives established in 1993 between the Holy See and the state of Israel:

"It has not been easy for the local Church to accept this transformation. The Christian world of the Holy Land is predominantly Arab-Palestinian, so agreement was not such a given. And this made the action of the Holy See even more courageous. I remember very well the problems, the fears, the comments that were far from enthusiastic. It seemed almost a betrayal of the views of the Palestinians, because on the Palestinian side Israel's history has always been seen as the negation of its own cause."

"In February of 2000, there was the agreement of the Holy See with the Palestinian Authority, which calmed the fears a little."

But one fundamental idea remained:

"When it is said that if it were not for Israel there would not be all of these problems, it seems almost as if Israel were the source of all of the difficulties of the Middle East. I don't think that's true. It is a matter of fact, however, that Israel has still not been accepted by an overwhelming majority of Arab countries."

If Israel did not exist, or if in any case it did not act as it does... It must be kept in mind that such thoughts do not circulate only among Arab Christians, but also among leading representatives of the Catholic Church who live outside of the Holy Land, and in Rome.

One of these, for example, is Jesuit Fr. Samir Khalil Samir, an Egyptian by birth, one of the Islamologists most respected at the Vatican, who two years ago, in a "decalogue" for peace in the Middle East, wrote:

"The root of the Israeli-Palestinian problem is not religious or ethnic; it is purely political. The problem dates back to the creation of the state of Israel and the partitioning of Palestine in 1948 – following the persecution systematically organized against the Jews – decided by the great powers without taking into consideration the populations present in the Holy Land. This is the real cause of all of the wars that followed. In order to remedy a grave injustice committed in Europe against one third of the world's Jewish population, Europe itself, supported by other powerful nations, decided to commit and committed a new injustice against the Palestinian population, which was innocent in the slaughter of the Jews."

Having said this, Fr. Samir maintains in any case that the existence of Israel is today a matter of fact that cannot be rejected, independently of its original sin. This is also the official position of the Holy See, which has long been in favor of two states, Israeli and Palestinian.

There remains another reservation, at the Vatican, about the acceptance of Israel. Not about the existence of the state, but about its actions. This reservation is expressed in the most varied forms and on all sorts of occasions, and consists in repeating, every time a conflict erupts, the judgment that the Arabs are the victims, and the Israelis are the oppressors. Even Islamist terrorism is traced back to this basic cause:

"Many problems that are now attributed almost exclusively to cultural and religious differences have their origin in countless economic and social injustices. This is also true in the complex history of the Palestinian people. In the Gaza Strip, human dignity has been trampled on for decades; hatred and murderous fundamentalism are nourished."

These remarks – the latest from the Vatican authorities – come from Cardinal Renato Martino, president of the pontifical council for justice and peace, in an interview with "L'Osservatore Romano" on January 1, 2009.

Not a word about the fact that Israel withdrew from Gaza in the summer of 2005, and that Hamas seized power there by force in June of 2007.