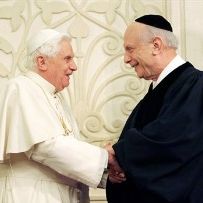 John Paul II and the Jews

More than any other pope, John Paul II was the twentieth century’s greatest papal friend and supporter of the Jewish people. Indeed, John Paul II’s extraordinary relationship with the Jews was an important chapter in the historic legacy of his pontificate, which has had profound implications for Catholic-Jewish relations in our time.

KRAKOW, Poland, MAY 28, 2006 - Here is a translation of the address Benedict XVI delivered when visiting the site of the Auschwitz-Birkenau concentration camp, the last stage of his apostolic trip to Poland.

Dabru Emet: A Jewish Statement on Christians and Christianity

The Jewish-Christian relationship has, throughout its history, been a turbulent one. Recognizing the growing degree of acceptance and tolerance on the part of Christians towards Jews, leaders of the Jewish community felt that these positive changes deserved a public and considered response. Published in 2000, Dabru Emet sought to put on public record the most current Jewish perspectives on Christianity. 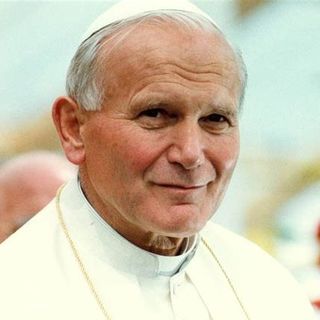 "Whoever meets Jesus Christ, meets Judaism." I would like to make these words mine, too. The faith of the Jesus Christ, the son of David and the son of Abraham contains "the total heritage of Israel for the Church"...