Israel in the New Testament

Israel in the New Testament

The following text is adapted from Derek Prince, The Destiny of Israel and the Church. Word Publishing (UK), 1992.

Much confusion has pervaded the Church for many centuries concerning the identity of Israel.

The origin of the confusion may be traced back to the early Church Fathers, who developed a doctrine that the Church had replaced Israel in the purposes of God and was to be known as the 'new Israel.' This kind of teaching was promulgated about AD 150 by Justin Martyr and was later adopted and amplified by such celebrated figures as Irenaeus, Origen and Augustine. More and more, the Old Testament was interpreted in an allegorical way, which no longer did justice to the plain meaning of many texts.

From about AD 400, Israel has regularly been used by Bible teachers, commentators, and even translators as a synonym for the Church. This has resulted in applying to the Church words and promises that are specifically addressed by name to Israel. 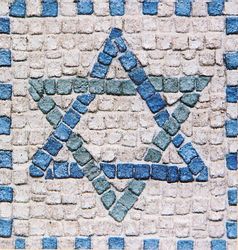 Essential truth is usually simple, and the truth is, Israel is Israel, and the Church is the Church.

To recover the truth about the identity of Israel it is necessary to go back to the text of the New Testament and see how the apostles used the term Israel.

There are about 77 instances in the New Testament where the words Israel or Israelite occur. A close examination of these instances reveals that the apostles never used Israel as a synonym for the Church.

Nor does the phrase 'the new Israel' occur anywhere in the New Testament.

Israel is, on the other hand, often used as a 'type' of the Church. Concerning the experiences of Israel in the Exodus, Paul says:

Now these things happened to them as examples [or types], and they were written for our instruction… (1 Cor 10:11)

Unfortunately, Christians have frequently adopted a principle of interpretation that is seldom stated explicitly: "All the blessings apply to the Church and all the curses apply to Israel." Behind this principle of interpretation lies the assertion (in which there is much truth) that Israel had her chance but was unfaithful to God. Now, therefore, continues this line of reasoning, God has changed His mind and reapplied His promises, once preserved for Israel, to the Church. Such a conclusion, however, clearly impugns the faithfulness of God.

Paul expresses his reaction to such a suggestion in Rom 3:1-4. Analyzing the consequences of Israel's unfaithfulness he says:

Then what advantage has the Jew? Or what is the value of circumcision? Much in every way. To begin with, the Jews were entrusted with the oracles of God. What if some were unfaithful? Does their faithlessness nullify the faithfulness of God? By no means! Let God be true though everyone were a liar.

The word Jew occurs in the New Testament nearly 200 times. Out of all these occurrences, the only passage in which Jew is clearly used in a way different from the accepted norm is Romans 2:28-29.

These verses come at the end of a chapter in which Paul has been explaining—with particular reference to the Jewish people—that knowledge of God's will through the Law justifies no one. A person is not righteous simply because he knows what is right. On the contrary, Paul says, that knowledge merely increases human responsibility. He goes on to apply this specifically to the Jewish people of his day.

After pointing out that the Jews of his day had in many cases fallen short of God's will, Paul closes the chapter with these words:

When Paul says 'whose praise is not from men,' he is playing on the Hebrew meaning of the name Jew, which is taken from the name of the tribe of Judah, meaning 'praise' or 'thanksgiving.' So Paul says if you are a real Jew, your praise should come from God and not from men. In a certain sense, he is restricting the use of the word Jew here. He is saying it is not enough to be a Jew outwardly. A true Jew must have the inner condition of heart that earns him or her the praise of God.

Paul is not extending the use of Jew, or implying that all Christians are somehow "spiritual Jews." On the contrary, he is restricting the term.

In addition to Romans 2, there are two passages—Revelation 2:9 and 3:9—where the Lord speaks of 'those who say they are Jews and are not.' There are various possible ways to interpret these passages. They could possibly refer to the same kind of people Paul describes in Romans 2—those who have the outward marks of being Jewish, but lack the inward spiritual requirement.

Suppose, however, we accept these two passages in Revelation, together with that in Romans, as examples of a special use of Jew which restricts the term to Jews who fulfill certain spiritual requirements. The fact remains that out of nearly 200 passages in the New Testament there are only three examples of this special, restricted meaning. Anyone, therefore, who argues for this meaning in any passage must produce a strong, objective reason, and one which is clearly required by the context. Certainly this extremely restricted use could never replace the normal meaning of the word Jew.

"They are not Israel"

Of the 77 occurrences of the word of Israel in the New Testament, there are only two passages where Israel is used with a special sense. As with the word Jew, this special New Testament usage of Israel does not extend but restricts the application of the word.

The first such restricted use is found in Romans 9:6-9, where Paul explains that even though Israel did not in many instances receive or obey the word of God, this does not mean the word of God has no effect:

For they are not all Israel who are of Israel, nor are they all children because they are the seed of Abraham; but, "In Isaac your seed shall be called." That is, those who are the children of the flesh, these are not the children of God; but the children of the promise are counted as the seed. For this is the word of promise: "At this time I will come and Sarah shall have a son."

Paul explains here that to be physically descended from Israel—that is, from Jacob—is not sufficient. To qualify for God's promised blessing, a person must also demonstrate the same faith that characterized Abraham, Isaac and Jacob: otherwise, he or she is not really entitled to the name Israel.

Paul is not extending the use of Israel to include all believers, irrespective of a national origin. On the contrary, he is restricting its use to include only those descendents of Israel who are in the faith of the Messiah. It is an error to suggest that in this passage Paul describes all believers as Israel.

In other places in the same chapter, Paul uses Israel in the normal sense of all who are descended from Abraham, Isaac and Jacob. In verses 3-5, for instance, he says:

For I could wish that I myself were accursed from Christ for my brethren, my countrymen according to the flesh, who are Israelites, to whom pertain the adoption, the glory, the covenants, the giving of the law, the service of God, and the promises; of whom are the fathers and from whom, according to the flesh, Christ came, who is over all, the eternally blessed God. Amen.

Here Paul calls Israelites those who have actually rejected the Messiah. Nevertheless he calls them his countrymen. "I could wish that I myself were accursed from Christ for [them]," he writes. In other words, Paul wishes he could take their place of the unbelief and rejection by God. It is obvious that Paul is here using the name Israel or Israelite to describe all those descended from Abraham, Isaac and Jacob, whether they are believers or unbelievers. This is the normal use throughout the New Testament.

The "Israel of God"

The other passage in which Paul uses Israel in a restricted sense is Galatians 6:15-16:

For in Christ Jesus neither circumcision nor uncircumcision avails anything, but a new creation. And as many as walk according to this rule, peace and mercy be upon them, and upon the Israel of God. (NKJ)

Paul is talking about two kinds of people. On the one hand are those who, without a background in circumcision or Judaism, have experienced the new birth and are walking in the new creation. On the other hand are Israelites by natural descent who have remained in the faith that was the mark of their ancestors and through that faith have embraced Jesus as Messiah, thus entering into the New Covenant. The latter Paul calls the 'the Israel of God.' What really matters, Paul is saying, is not some religious rite but a creative act of God in the heart generated by the New Covenant.

It is interesting to note some variations in the translation of Gal 6:16:

Peace and mercy be upon all who walk by this rule, upon the Israel of God. (RSV)

Pease and mercy to all who follow this rule, even to the Israel of God. (NIV)

This omission or substitution is based not on linguistic grounds, but on theological grounds. The Greek word is kai, which is overwhelmingly translated 'and.' What prompted the RSV translators to leave it out, and the NIV translators to change 'and' to 'even' on this occasion? Apparently the old tradition that all true believers are the "Israel of God." This thinking has so influenced Christians that they will change the plain meaning of a text to bring it in line with their theology! This illustrates the extent to which this "spiritual Israel" theory has penetrated the thinking of the Church.

When translated correctly, the verse distinguishes between "all who walk by this rule"—all Christians— and the "Israel of God"—those of Israel who have come to faith in the Messiah, representing the fulfillment of the purpose for which God had brought Israel into being.

It must be emphasized, however, that this is by no means the normal use of Israel in the New Testament. The following list demonstrates that the terms Israel and Israelite always refer to the descendants of Abraham, Isaac and Jacob, and are never used as a synonym for the Church in the New Testament.

Use of Israel and Israelite in the New Testament